Mobile Zap uses cookies to provide you with the best possible shopping experience.
Further information on cookies can be found here.

Discontinued  - not available for purchase
Watch video
The Olixar Laserlight stylus pen is the ultimate 4-in-1 accessory for tablet and smartphone users, with a ballpoint pen, stylus tip, laser pointer and LED mini torch all built into it!
Planning a trip? Shop for Summer Travel Accessories ☀️

END_OF_DOCUMENT_TOKEN_TO_BE_REPLACED

The Olixar Laserlight stylus pen is an ingenious tool for an amazing price. It incorporates not one, not two, but FOUR essential tools.

Like many classy pens, it includes a stylish black and silver finish with a clip for your jacket, shirt or clipboard. It also feels pleasant in the hand, but this is no ordinary pen... 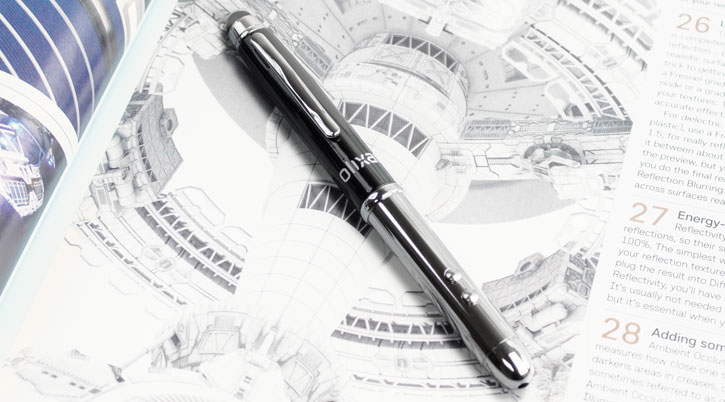 Push one button and you'll immediately notice the laser pointer. Push another and you will access the LED torch, while at the other end a handy stylus for your smartphone or tablet.

Let's look at the 4 functions in further detail...

The Olixar Laserlight Stylus Pen has an omnidirectional tip, which you are able to use on-screen in any direction you wish. This allows for accurate on-screen movements, drawings and precision touches.

By using the stylus tip, you will also have the added benefit of keeping those pesky greasy fingerprints off your smartphone or tablet display. 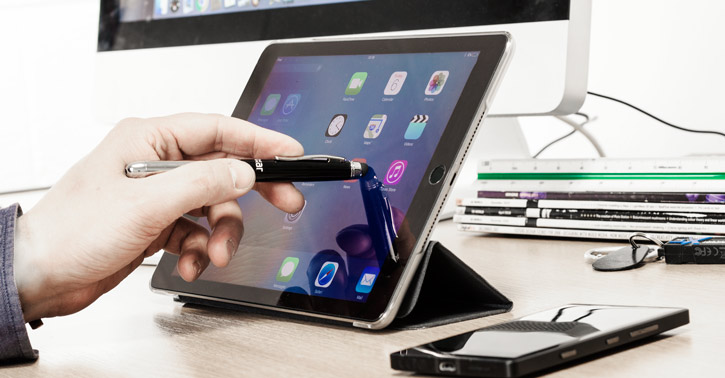 Not only does the Olixar Laserlight pen include a stylus tip at one end, but it also features a refillable ballpoint ink pen at the other.

The ballpoint is satisfyingly smooth and writes like a high-end pen many times the value of this product. It's also fine enough for detail and illustration work. 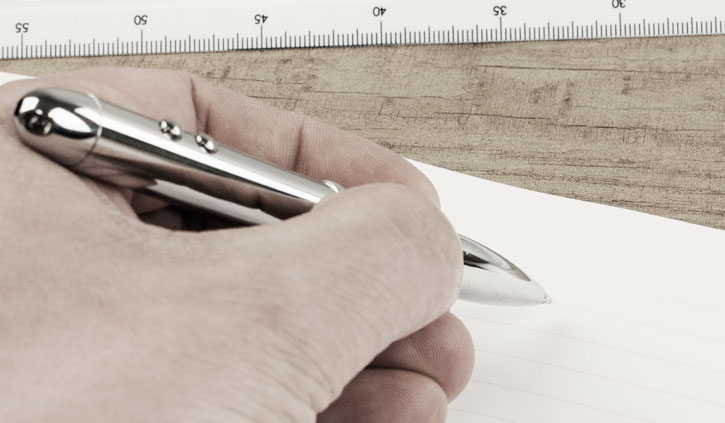 Lecturer? General? Engineer? Tradesman? In fact anyone who needs to draw someone's attention to something can make use of the Olixar Laserlight Stylus Pen's built-in laser pointer. Projecting a surprisingly powerful red laser beam at an object, visible from a decent distance away.

Who doesn't enjoy pointing things out with a laser though?

Just be careful as lasers can be harmful to eyes if not used correctly (see safety warning below). 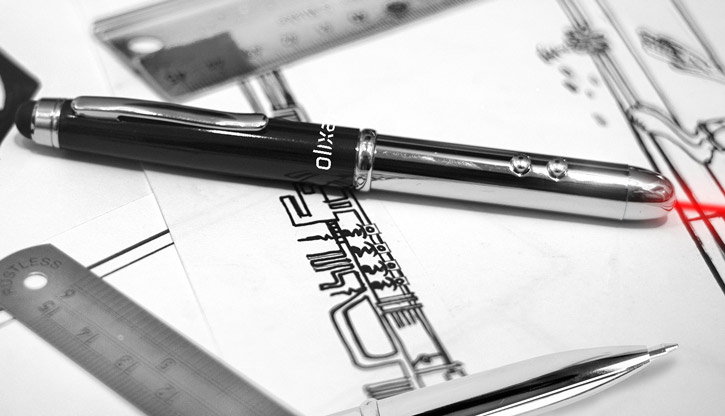 "You get an LED torch too? Really?" Yes, really!

Whether you've lost your keys, watch, phone or tablet in the middle of the night, dropped something down the back of the sofa or need to find your way to the electric box after a power cut - inevitably you'll need a torch.

The Olixar Laserlight Stylus Pen includes a compact, yet surprisingly powerful LED mini torch for when the occasion arises. 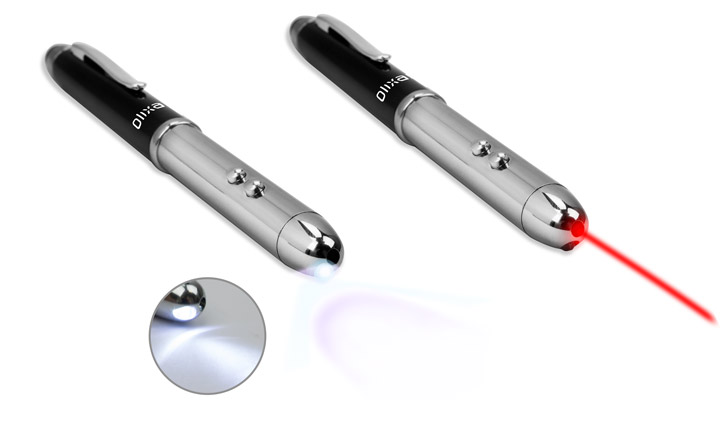 This device should not be pointed at people or animals and can be dangerous if not used correctly. Avoid direct eye exposure to the laser beam. Do not aim the laser at reflective surfaces. This item is not a toy: do not allow children to use unless under the direct supervision of an adult.

This product includes batteries that have a plastic tab placed in-between them. You will need to remove this in order for them to work correctly.

To change the Ink Refill, simply remove the black plastic stylus section to gain access to the pen section. Unscrew the silver pen section to access the long thin refill pen tip. Pull the refill out (may require a small amount of force) and replace with a new refill, then replace the silver pen cover and you're good to go. 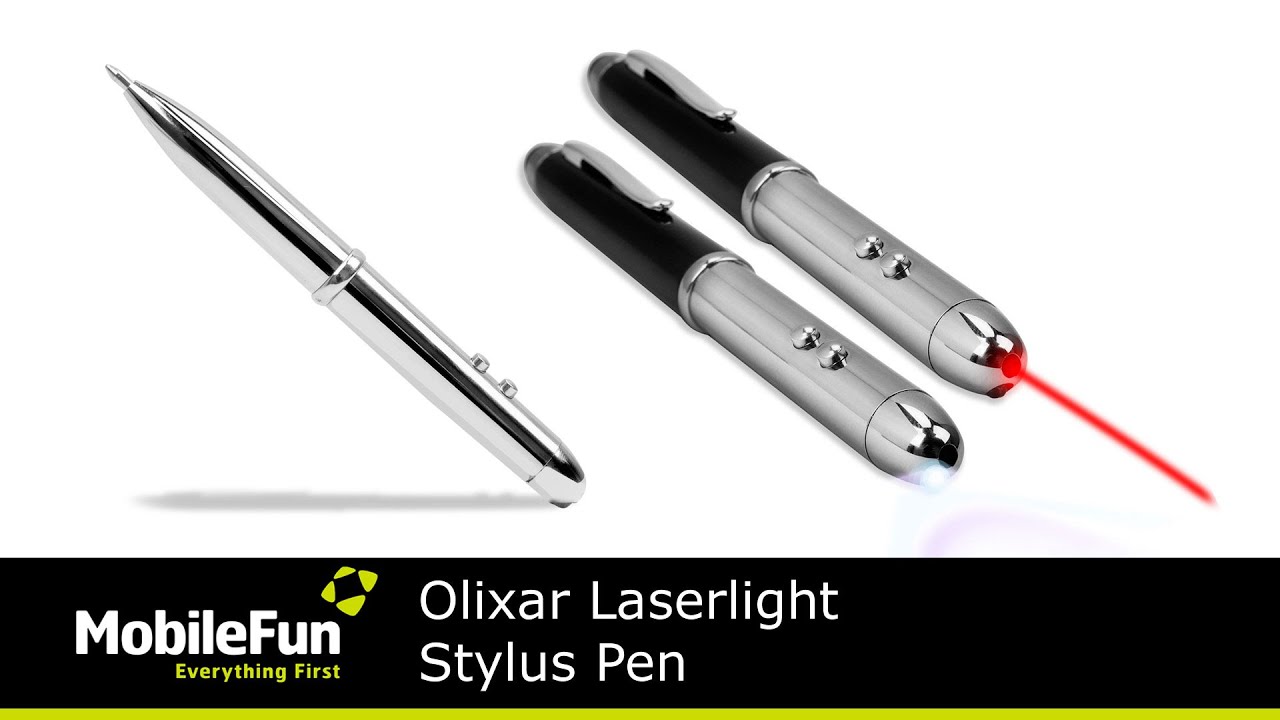 Please note, due to local Covid-19 restrictions and disruptions in Australia, some deliveries are facing delays. We are putting our best effort to maintain communications with couriers and update our website with relevant timeframes. We apologise for any temporary delay you might experience in receiving your order.

A low cost, reliable shipping method, suitable for your less urgent orders. This service is untracked and is usually delivered within 7-20 business days.

A reliable and tracked shipping method, which is usually delivered within 5-7 business days.